Made indeed in the spirit of “Art Beyond Borders”, these two videos reflect some of my cultural and artistic engagement in the Kingdom of Saudi Arabia.

I filmed “Shortcut” at Dar Al-Hekma University collaborating with two Saudi fellow participants in a workshop organized by the New York Film Academy.

For “Baby, I Can Drive My Car” I directed the filming of Saudi footage as backdrop to a music video featuring German electronic musician Gudrun Gut produced and directed by Stephanie von Beauvais in Berlin. 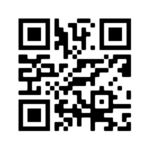 This website uses cookies to improve your experience while you navigate through the website. Out of these, the cookies that are categorized as necessary are stored on your browser as they are essential for the working of basic functionalities of the website. We also use third-party cookies that help us analyze and understand how you use this website. These cookies will be stored in your browser only with your consent. You also have the option to opt-out of these cookies. But opting out of some of these cookies may affect your browsing experience.
Necessary immer aktiv
Necessary cookies are absolutely essential for the website to function properly. These cookies ensure basic functionalities and security features of the website, anonymously.
Functional
Functional cookies help to perform certain functionalities like sharing the content of the website on social media platforms, collect feedbacks, and other third-party features.
Performance
Performance cookies are used to understand and analyze the key performance indexes of the website which helps in delivering a better user experience for the visitors.
Analytics
Analytical cookies are used to understand how visitors interact with the website. These cookies help provide information on metrics the number of visitors, bounce rate, traffic source, etc.
SPEICHERN & AKZEPTIEREN